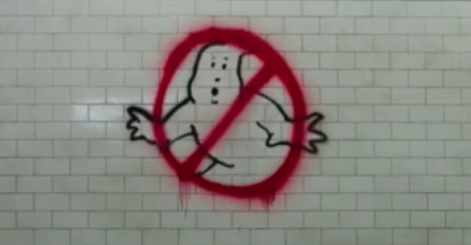 Ghostbusters 2016 is a disappointing remake/re-imagining/reboot of the 1984 film and the franchise that was built on the success of the original. Unfortunately the film isn’t different enough to be a spectacular failure nor is it close enough to the original to be a lame remake. Instead it falls into an area of blandness that neither soars nor falls.

I didn’t hate it. I did laugh during parts of it and my general impression upon leaving the theater was that it wasn’t bad but nowhere near where it needs to be with all the baggage that comes with kick starting a franchise again. Ultimately it’s frustrating to think that after 30 plus years this is the best they can come up with. The film starts and finishes strongly but everything in between seems to be coasting. There’s little in terms of script and leaves the heavy carrying to the improvisation of the cast. Unfortunately it’s not humor that I find funny. It’s not the gross out type of humor I was expecting from the trailer, thankfully that goes about as far as vagina farts, but it is just kind of senseless banter and play acting that any group of people might get up to on a Saturday night after work. It worked in the 1984 film because Bill Murray is a genius and was the only one who overtly let loose on the material while Ramis and Aykroyd played their rolls a little more tightly with the ab libs and Hudson played the straight man.

As for the cast of the 2016 movie I didn’t know any of these actresses besides Kristen Wig. I thought more well known female leads might have helped the movie a little more as Saturday Night live is not a show broadcast all over the world. Wig does a fairly good job of carrying the film, she is the heart of the Ghostbusters in this film but unfortunately her role gets pushed to the side a little by the antics of the rest of the cast.
Melissa McCarthy is fairly good in this and plays well against Wig, I would have liked to have seen more of their relationship. I thought they could be the Ray and Peter of the film.
Kate McKinnon, i’m sorry to say just didn’t work. The most interesting character visually with callbacks to Egon from the Real Ghostbusters series, I had higher hopes for this character but all she does here is act goofy, not funny. It embarrassing in the way Tommy Lee Jones was embarrassing in Batman Forever. I just kept thinking what the hell is she doing? She’s the annoying kid in school who won’t leave you alone after you said “hello” to them.
Leslie Jones was excellent. The funniest of the group, the one who sold the movie. Even in the second trailer I was laughing at her scenes. Chris Hemsworth is excellent although does play it a bit too dumb to be believable at times.

The main villain Rowan has been criticized as a weak villain but I didn’t think so. Since this film is introducing us to a new cast and origin story it doesn’t need a villain that could be scene stealing. I found him one dimensional but I thought it interesting that he is a human villain bringing ghosts into the world instead of a usual Ghost baddie. He does become a ghost baddie in the end and it’s kind of cool to see.

As for the art and design of the film I thought the effects are just ok. I expected better for the budget it had. The ghosts look good but they have that damn neon blue look to them that is way too prevalent in the world and movie visuals.
The design of Ecto-1 is a very nice update to the series. The proton packs are not bad though a little clunky and now they’re all actiony used as whips and ropes. The proton puncher? thingy is a bit stupid. I think just keep it simple, proton packs and traps and leave the proton punchers to Kenner toys.

When this film was first announced I thought it sounded lame because it was based on the premise that changing the genders of the cast would somehow make it funnier. Instead of developing a strong story with strong female leads the director of Ghostbusters 2016 seems to have just tried to capitalize on the popularity of a brand and “wing it”. It’s a shame because I was really hoping Ghostbusters would launch a new era in Ghostbusting films.

This entry was posted in Cinema and tagged ghostbusters. Bookmark the permalink.