So Blade Runner 2049 is finally hitting cinemas next month. It seemed like a far off dream that was never going to happen but we’re finally here. Over the years I’ve practically ate anything that was Blade Runner related and in preparation for next month maybe you might want to do the same also.

The movie is probably the best place to start since it’s what we are actually getting a sequel to. There are a few different cuts out there, two in particular that have radically different endings. The best thing to do is watch all cuts of the film.

Do Androids Dream of Electric Sheep?

It’s really a fantastic novel and well worth reading whether you are a fan or the film or Philip K Dick. Obviously it’s very different to the movie with a different spin on the characters but there are similarities and if you’ve seen the film first this will have an effect how you view the characters. While watching the trailers for Blade Runner 2049 it seemed to me that some of the landscapes describe in the novel will be brought to life in the next film.

We Can Build You

This book is something of a prequel to ‘Do Androids Dream of Electric Sheep?’ Some characters in this seem to be related to his later novel. 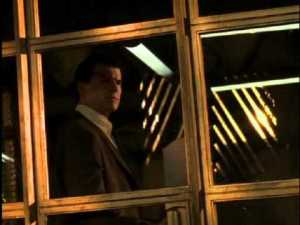 A prequel TV series to the 1990 movie ‘Total Recall’ this series is far closer to the paranoid world of ‘Blade Runner’ than it is ‘Total Recall’. Visually the city of ‘Total Recall 2070’ has all the aspects of the city of ‘Blade Runner’, the dark film noirish streets to the futuristic japanese advertisements.
Lasting only 1 season the series starts off well, hits of string of generic detective episodes and then hits back with an unfolding drama involving the main character David (who has got a look of Ryan Gosling about him). Well worth watching but be selective with the episodes. The episodes in the series arc involving the corporate espionage of Rekall are quite good. Self aware androids and people with Chips in their brain not knowing who they really are. How Philip K Dick can ya get?

Battlestar Galactica (2003)
Have to give this a mention. The series producers were also inspired by ‘Blade Runner’. Human Cylons are the replicants of the series. The weapons in the show were based on the design of the gun that Deckard uses and the Cylons are given the nickname ‘Skin jobs’ just as Replicants were.
You have to watch this show.

Soldier (1998)
An American sci-fi film with Kurt Russel that seems like a rip off of ‘Universal Solider’. It was written by David Peoples, who co-wrote ‘Blade Runner’s script. Peoples considered ‘Soldier’ to be a spin-off/side sequel to ‘Blade Runner’. You don’t need to watch this. It’s not good and you will find nothing thematically similar to ‘Blade Runner’.

Purefold
You can’t actually watch this since it was never made. It was a proposed prequel web series to Blade Runner by Ridley Scott.

Remake, yes, this is a South Korean remake of ‘Blade Runner’ set in the year 2080. The story is heavily changed to turn it into an action flick with hero and damsel in distress. Watch if you are curious but you won’t be satisfied.

Set in the future of 2346 with androids but without a ‘Blade Runner’ budget. There are some very direct homages and inspirations taken from ‘Blade Runner’ in this crazy Japanese film by Takeshi Miike but it is not as good as his first two ‘Dead or Alive’ films. Only watch if you are really curious.

I.K.U.
You do not need to watch this. Basically it’s a japanese pornographic film of ‘Blade Runner’.

Others: There are the sequel novels to ‘Blade Runner’ which I have not read. There is also the comic adaptation of the novel and a prequel comic called ‘Dust to Dust’. Recently some short films which serve as prequels to ‘Blade Runner 2049’ have been released. They are…